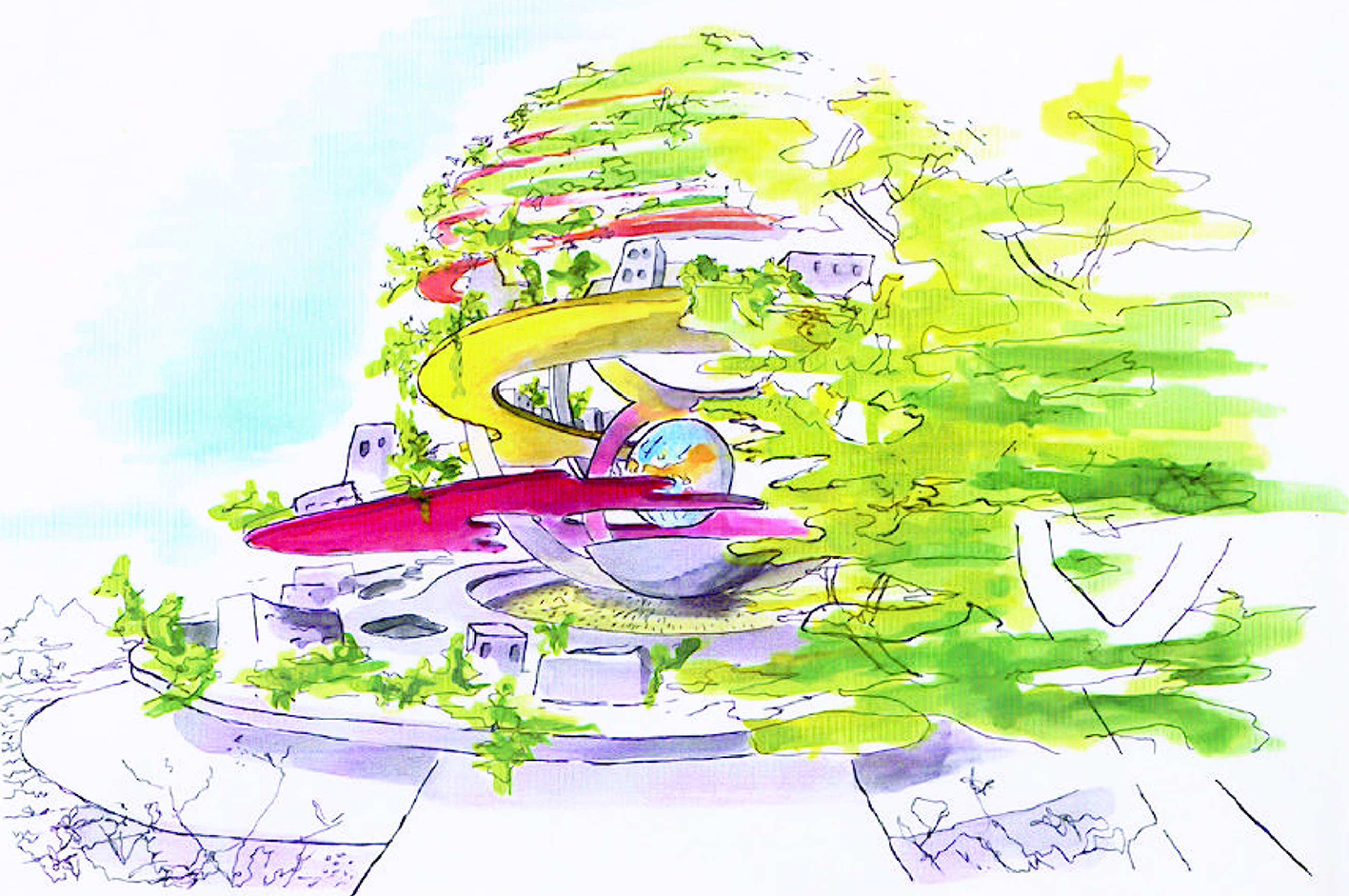 "It is increasingly likely that we terrestrials, if we want to survive, will have to get used to live on islands suspended in the sky or floating out at sea. It is terrifying but also fascinating, especially for an architect, having to admit that the existing projects in this regard are not to be considered science fiction or utopian, but truly realizable. Clipping the wings of the fascination with the impossible and the unusual, I wanted to try once again to keep my feet on the ground and design my Ideal City (www.cittaideale.it) from absolutely realistic and concrete foundations, deriving from the design of a “Città per istruirsi divertendosi” ("City of Learning While Having Fun") (1965), imagined as clouds in space as suggested by the pagan world of Olympus. The motivation for the project was the intention of disseminating culture, of getting to know things and, through encounters, of understanding others. The spatial fantasy is concretized in the sphere of "Mattamondo," created on a plot in Sesto Ulteriano and then on another, on the outskirts of Milan. [...]."

The Padiglione Architettura at EXPO 2015 Belle Arti exhibits the models and drawings of Guglielmo Mozzoni’s Città Ideale, from the 1960s to the proposals for EXPO 2015.