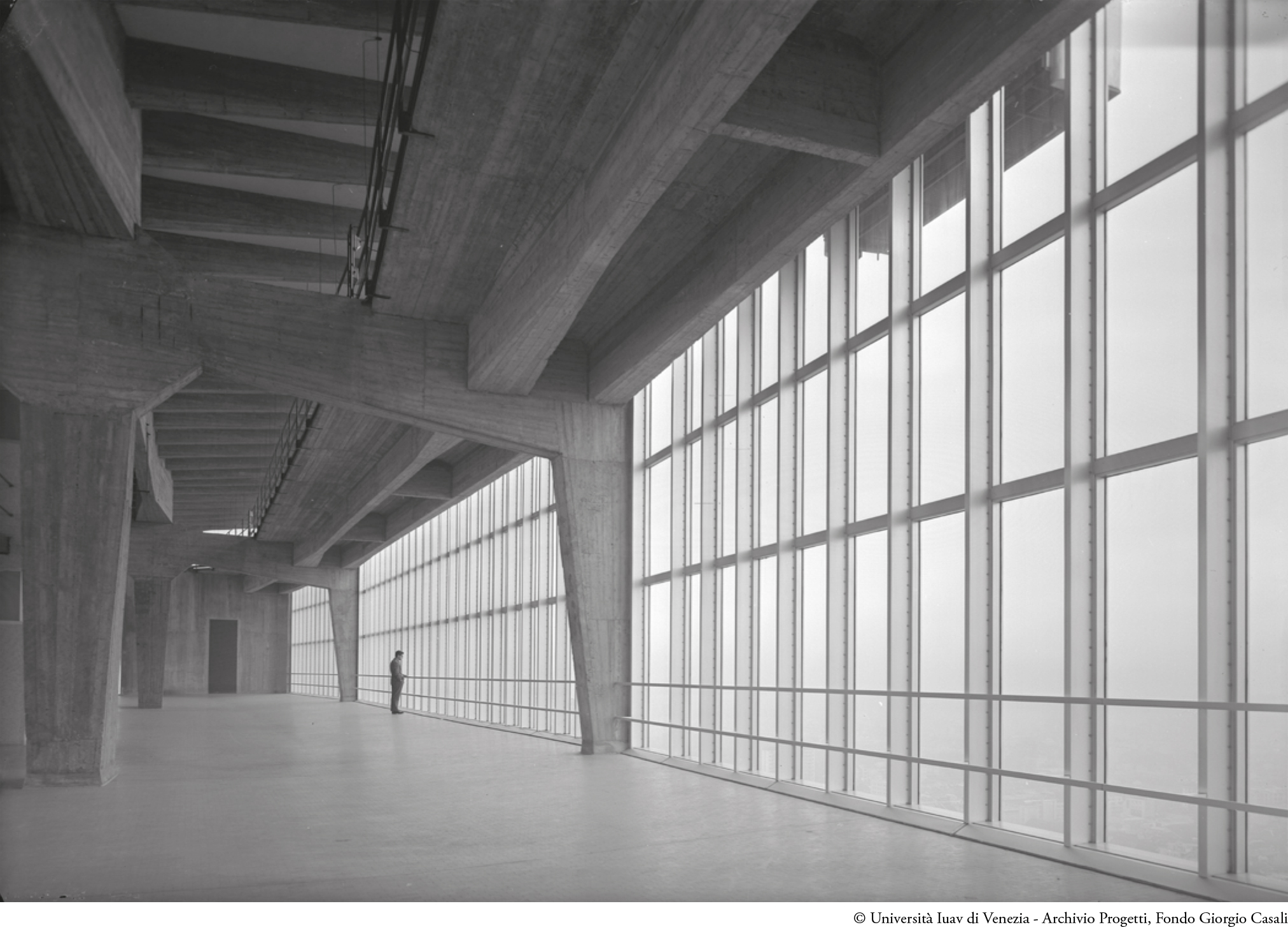 Modern architecture, the bearer of cosmopolitan and universal acts, articulated itself through specific centers of propulsion and revision: cities such as Amsterdam, Paris, Chicago, Geneva, Berlin, London, New York, Tokyo, Barcelona, ​​Singapore, and, last but not least, Milan itself. Places in which architecture, urban planning, and design are continually updated, contested, and renewed. The case of Milan is exemplary in this regard: rationalist architecture with its apex in Terragni, its revision in the 1950s centered around figures like Ponti and Rogers, La Tendenza with Rossi’s signature, the explosion of Lombard design and industrial production, up to the current research projects and experiments.
Within the Padiglione Architettura, the program Milano capitale del moderno is offering conferences and symposia on architecture and the city, both on individual works of architecture (large, critical, and canonical, in their contradictions between autonomy and dependence on a specific place and historical time), and on the city as a center of the development of architectonic culture. Milano capitale del moderno is divided into the following sections: Sull’accademia - Schools and Research; Sul moderno - Itineraries of Modern Architecture; Sul libro - Theories and Histories; On Line - Architecture Publishing; Sull’opera- Architects at the Belvedere.
The designation of Milan is meant to be inclusive and in fact represents, in addition to the city itself, the specifically Lombard type of urbanization: the polycentric city, part of the particular megalopolis that goes from Turin to Venice and Ravenna, whose form was already foreshadowed in the 1700s by Francesco Militia and Pietro Verri and in the 1800s by Carlo Cattaneo, and whose scale was pinpointed in the twentieth century by, among others, Jean Gottmann and Eugenio Turri.
This specific type of large-scale human settlement – where the city and the countryside can coexist while remaining separate – is a topic of great interest, and a possibility for the future of megacities.

Milano capitale del moderno is housed in the emblematic space of the Pirelli skyscraper’s Belvedere (panoramic viewing deck), open exceptionally to the public during the days of the exhibition for the entire duration of Expo 2015. 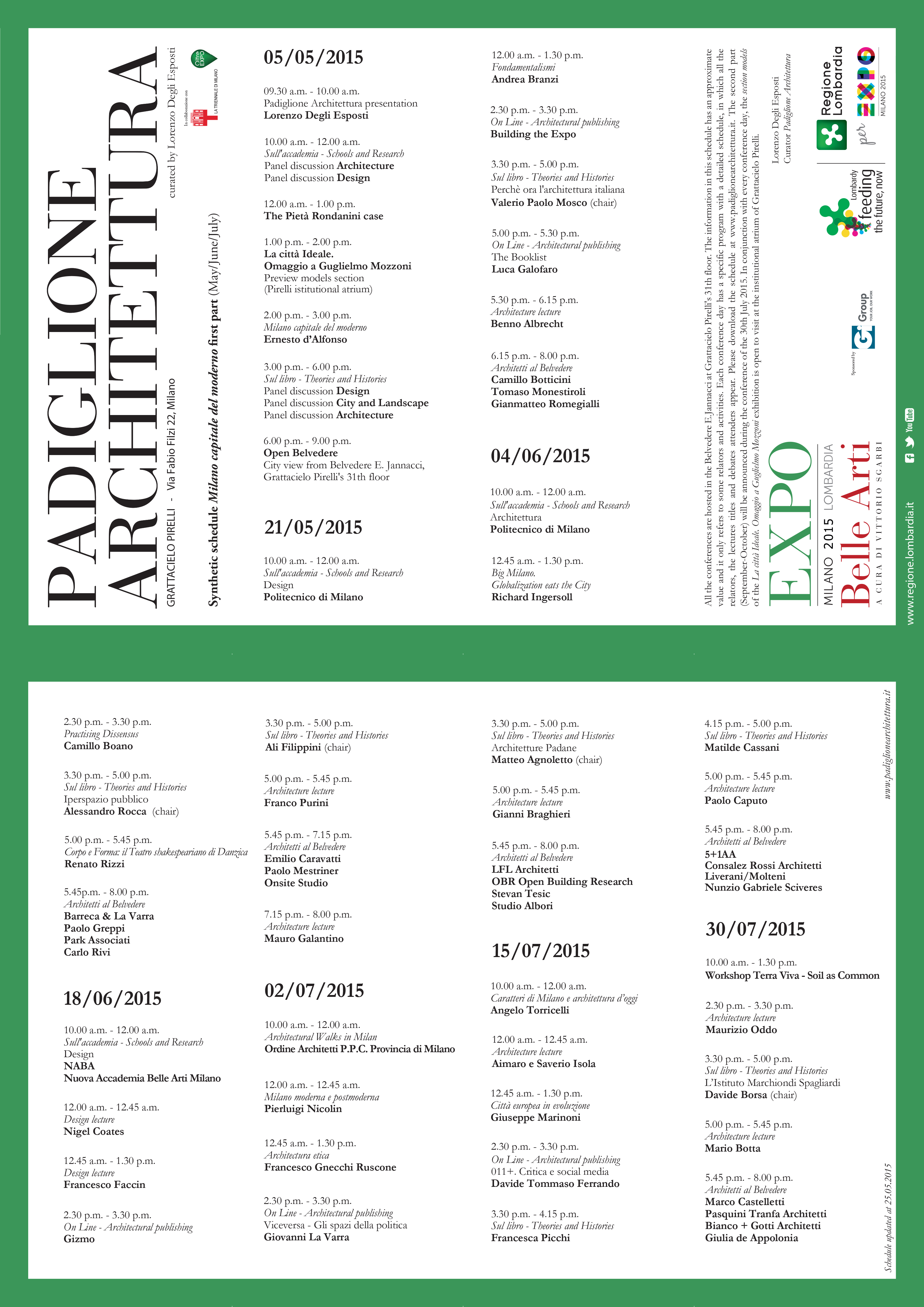 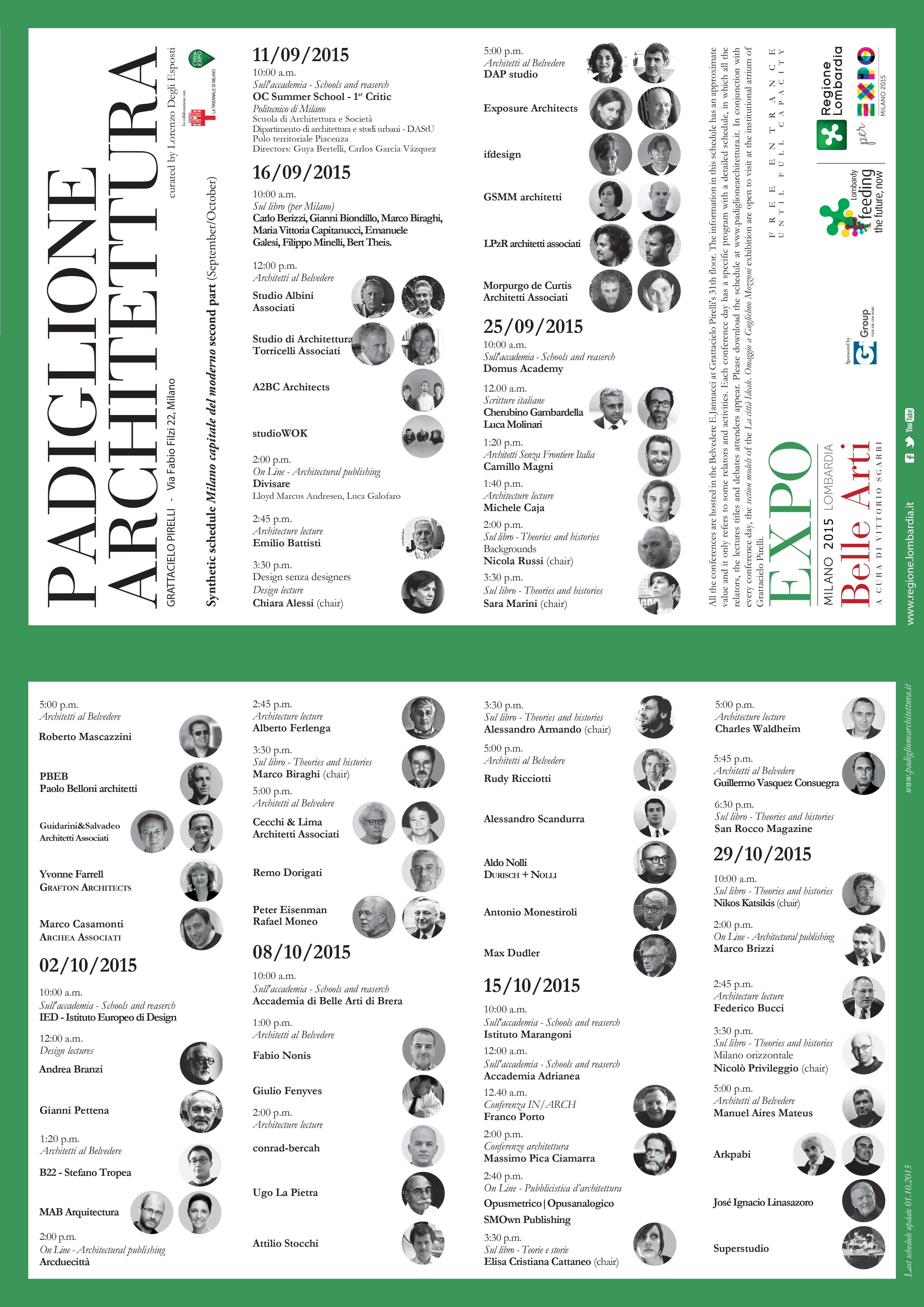 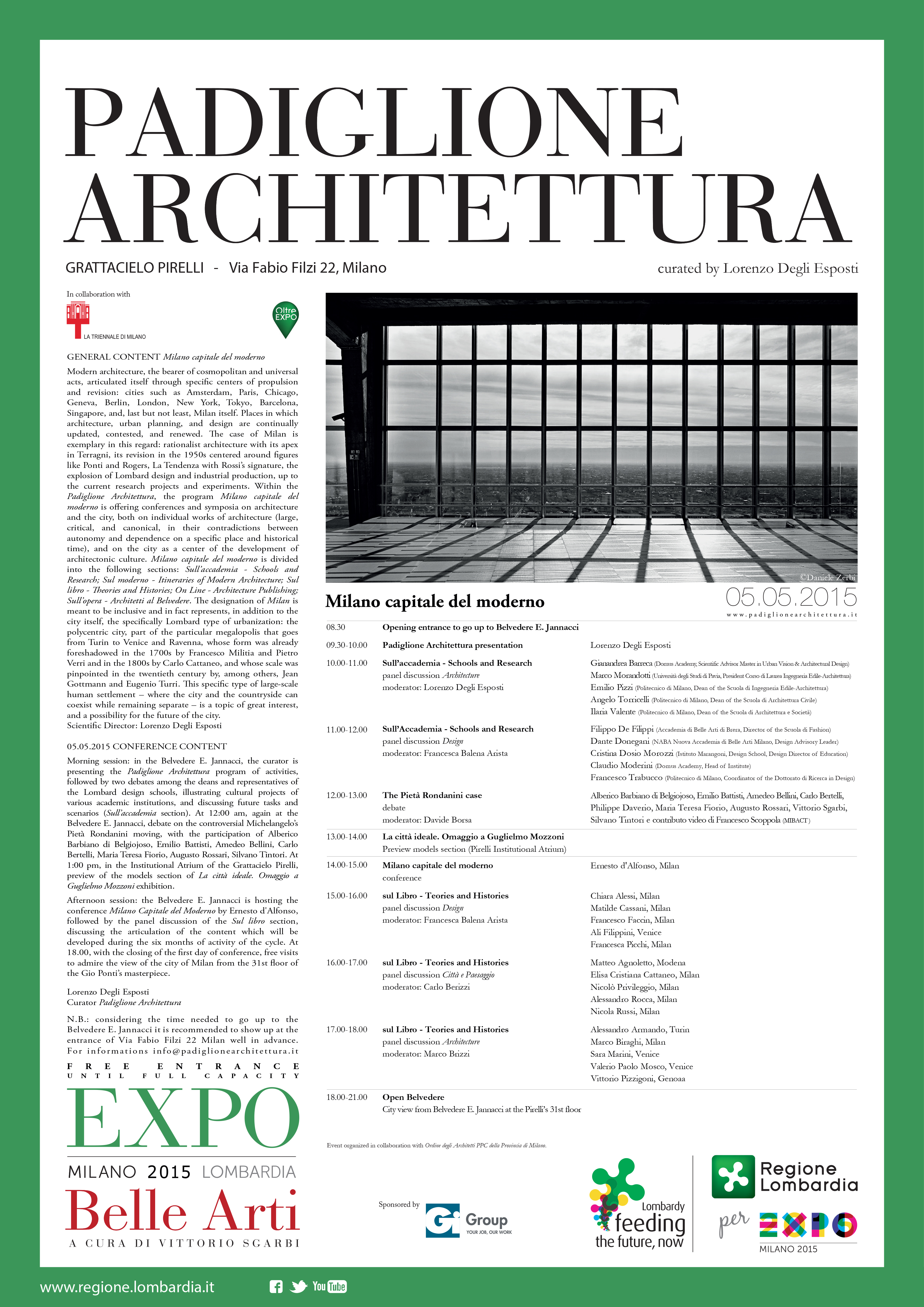 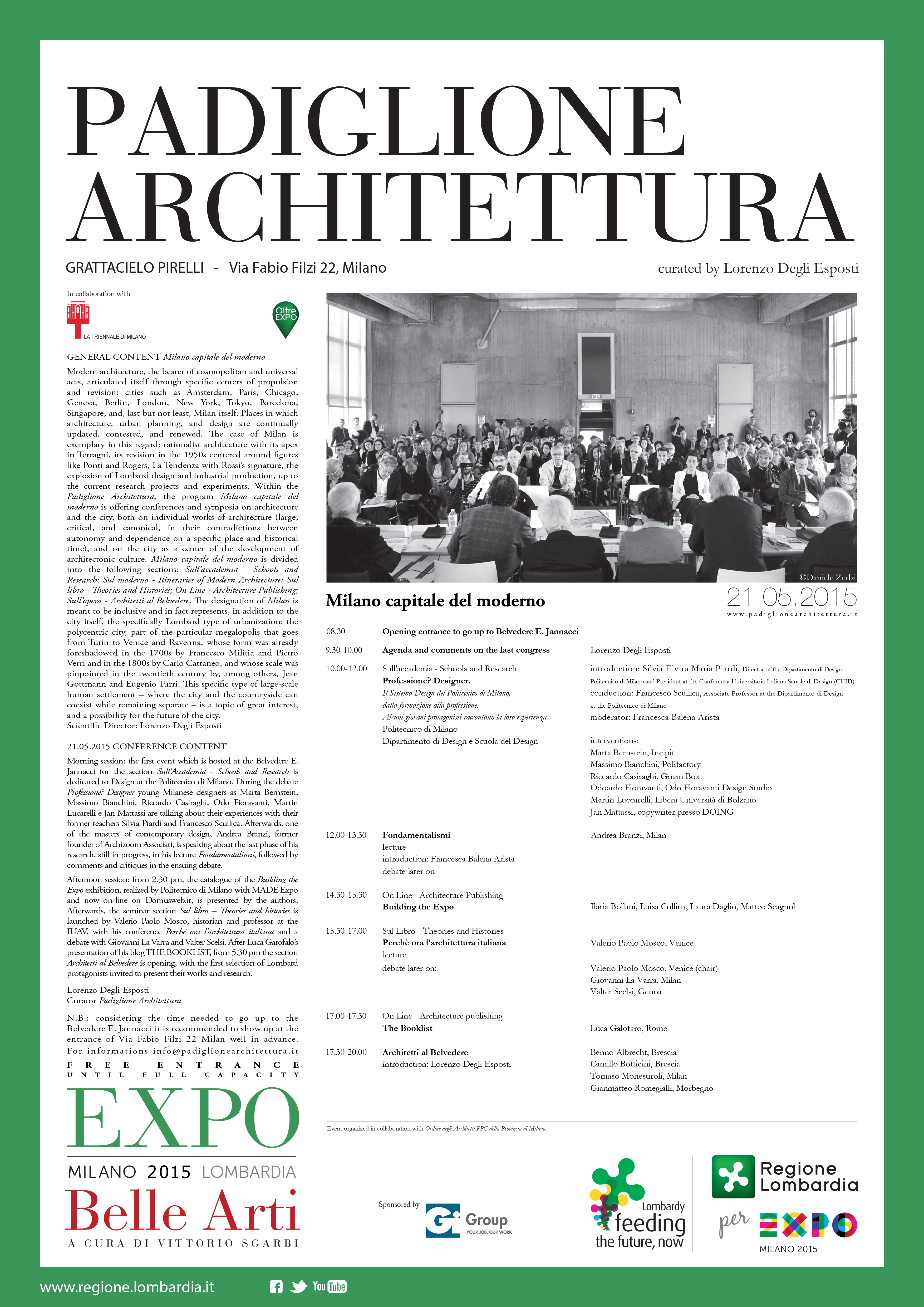 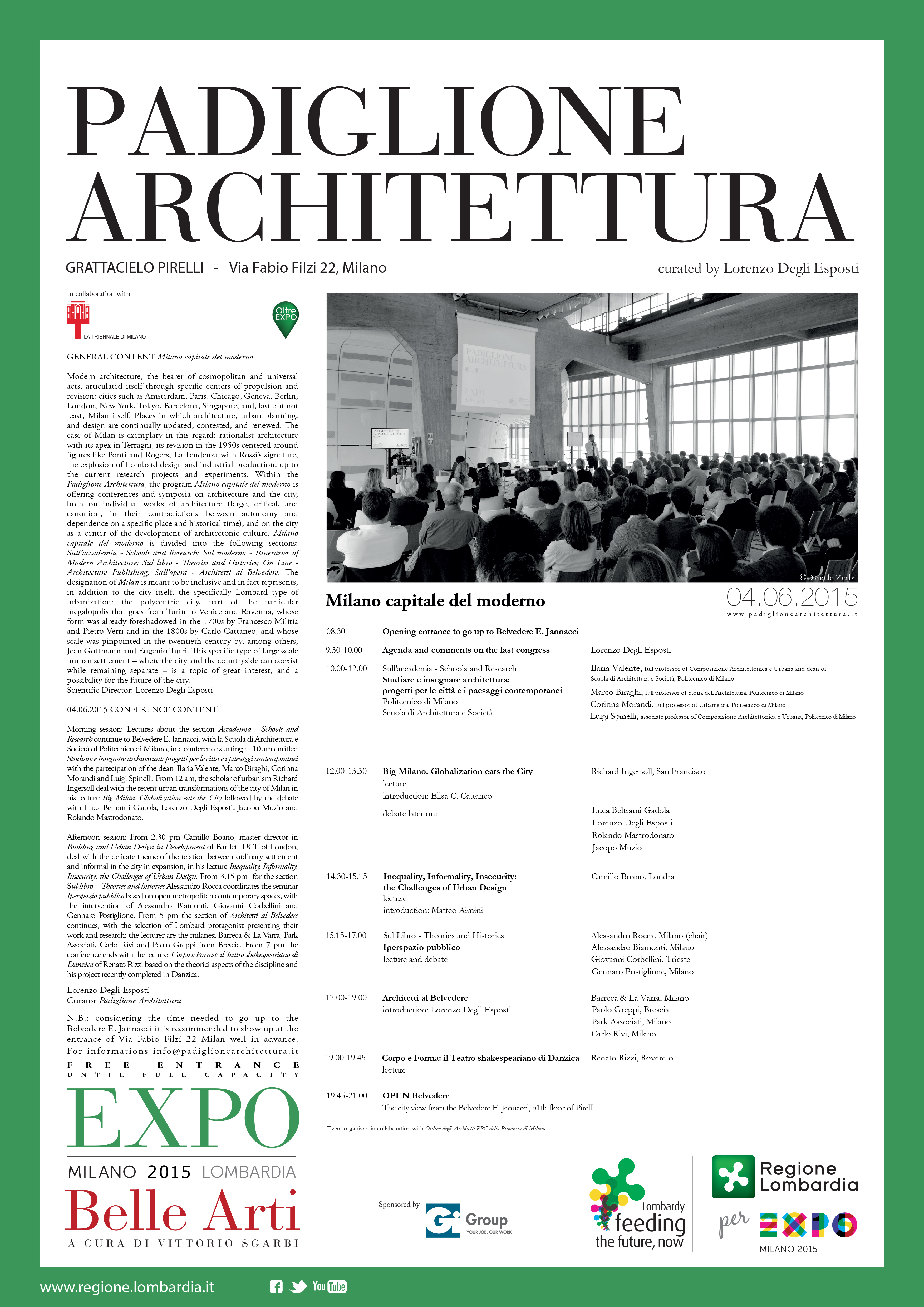 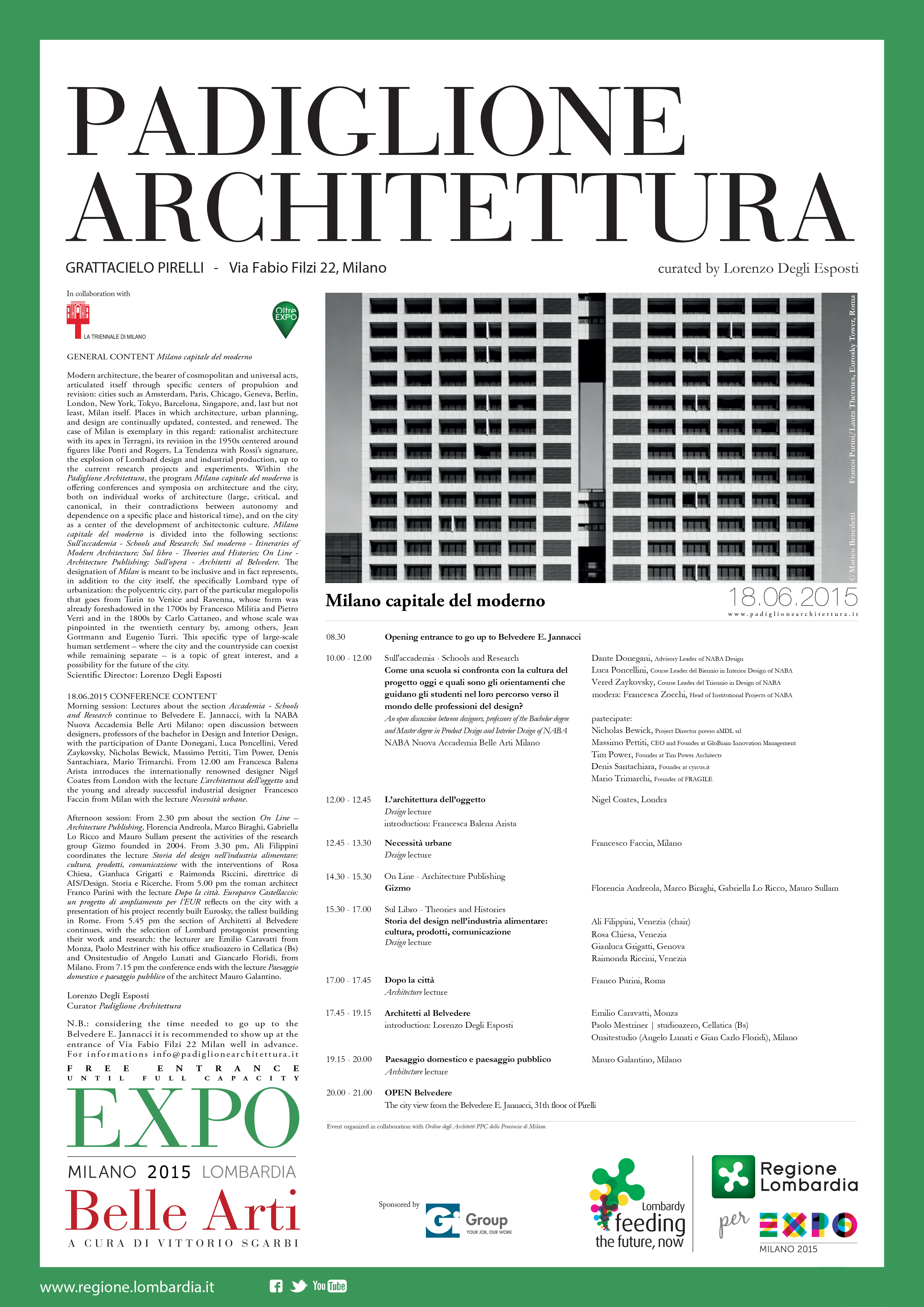 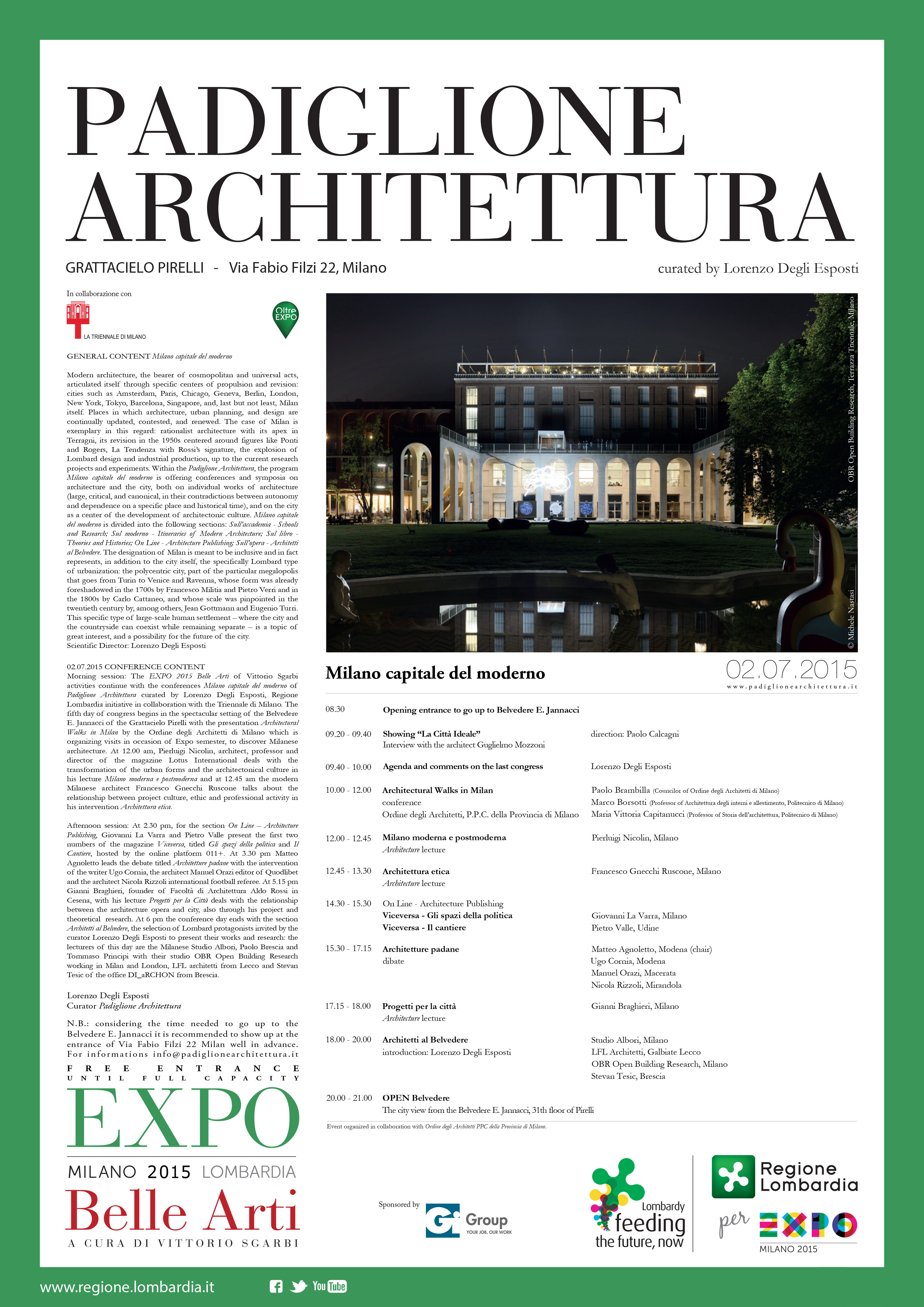 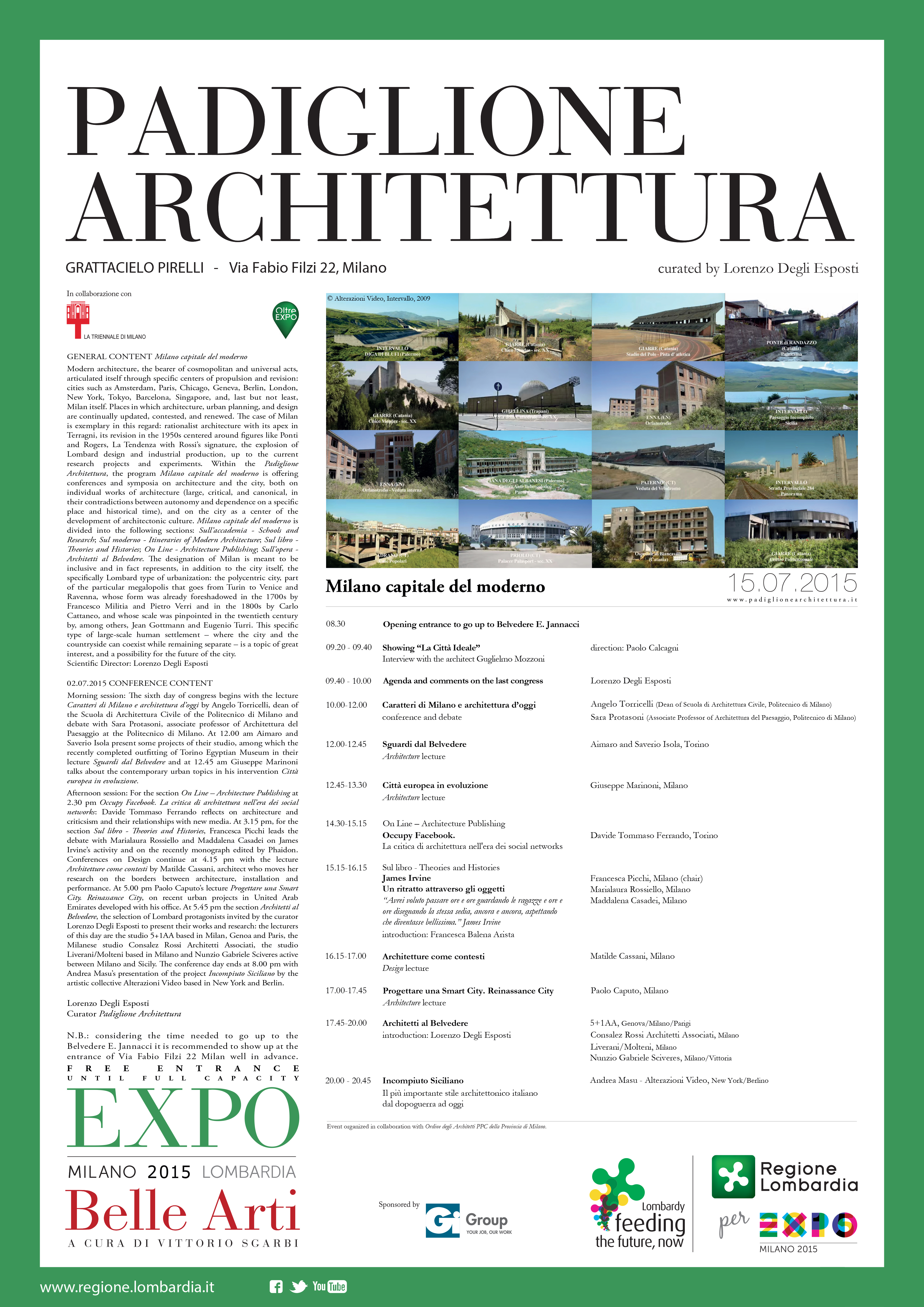 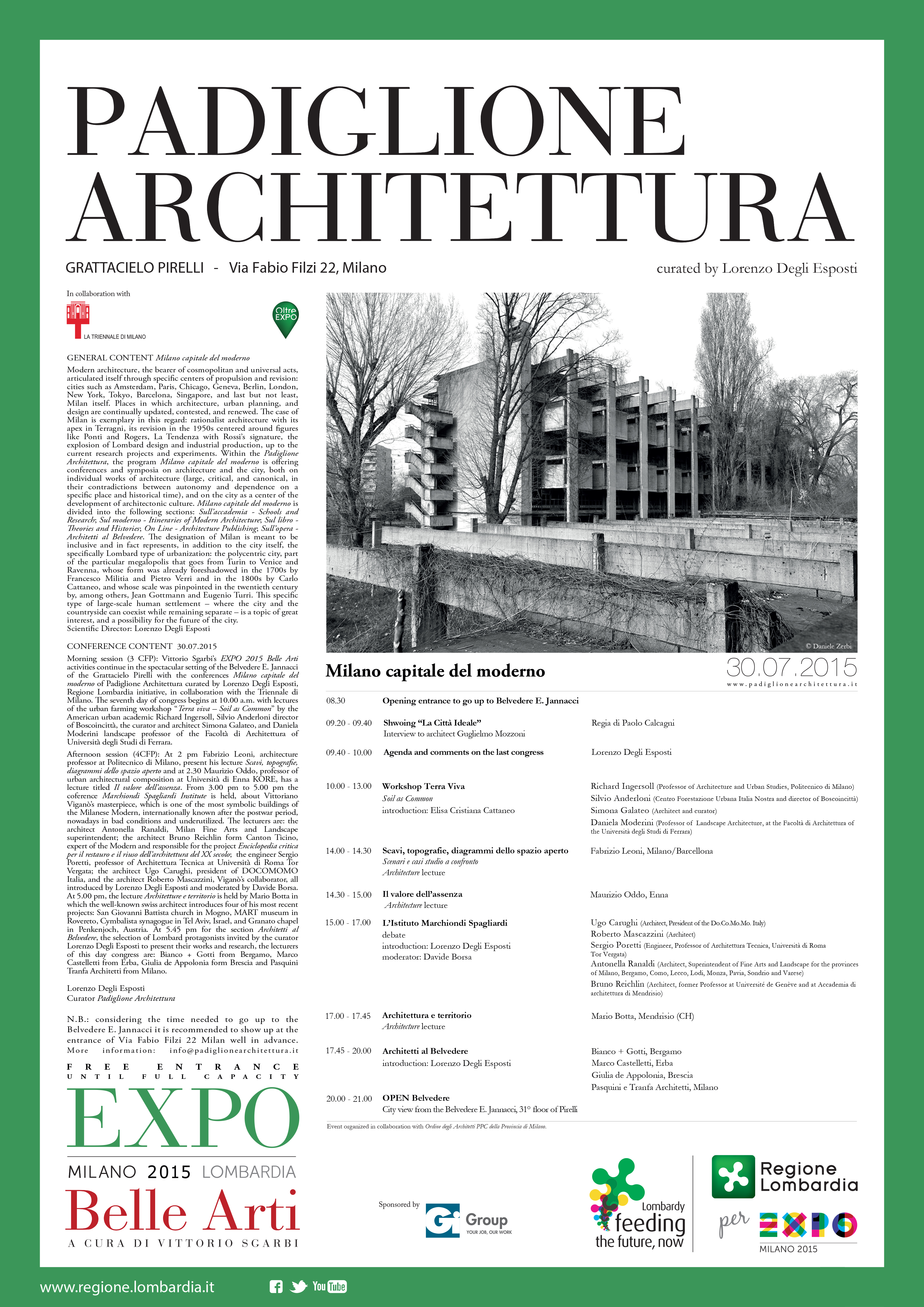 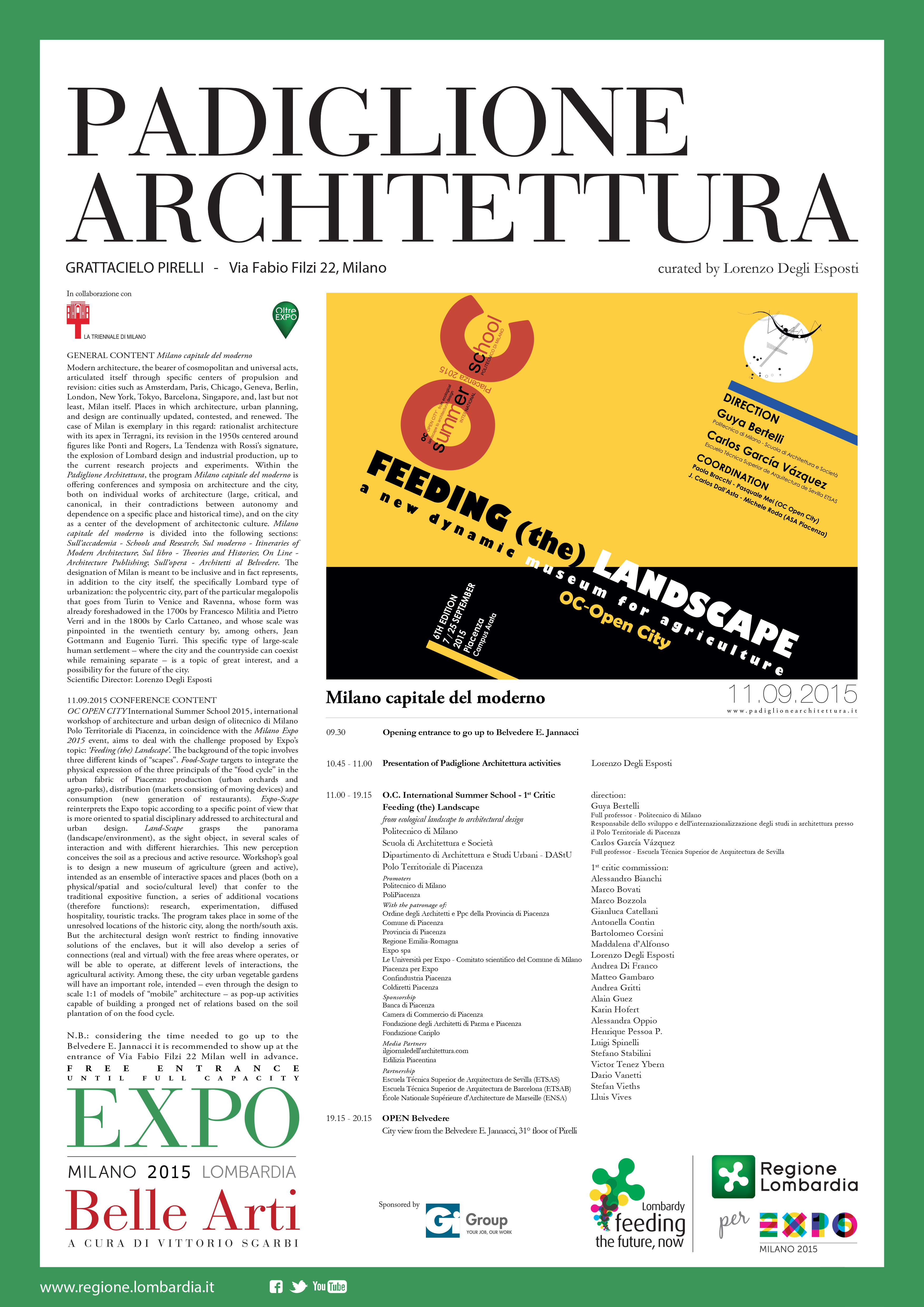 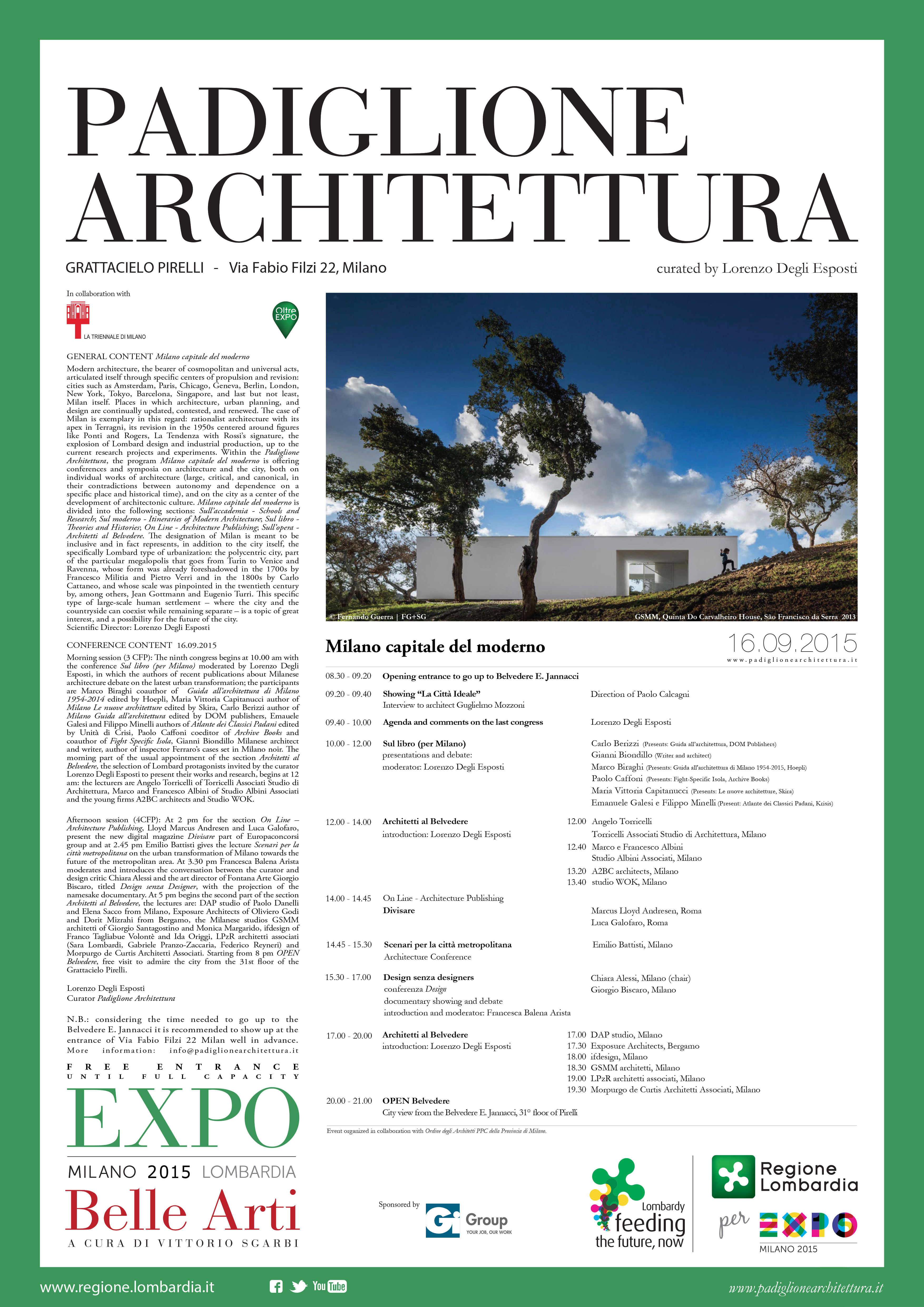 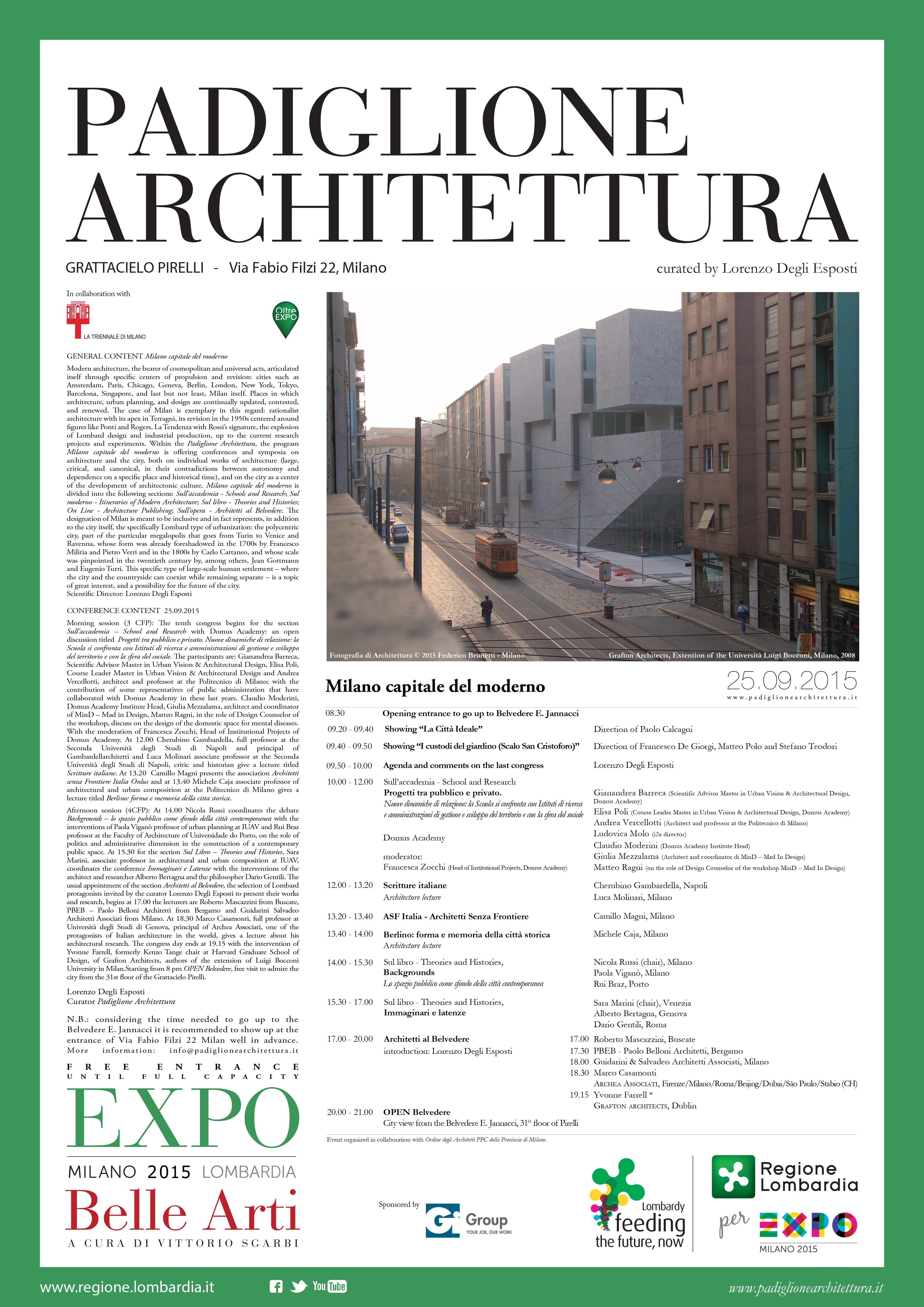 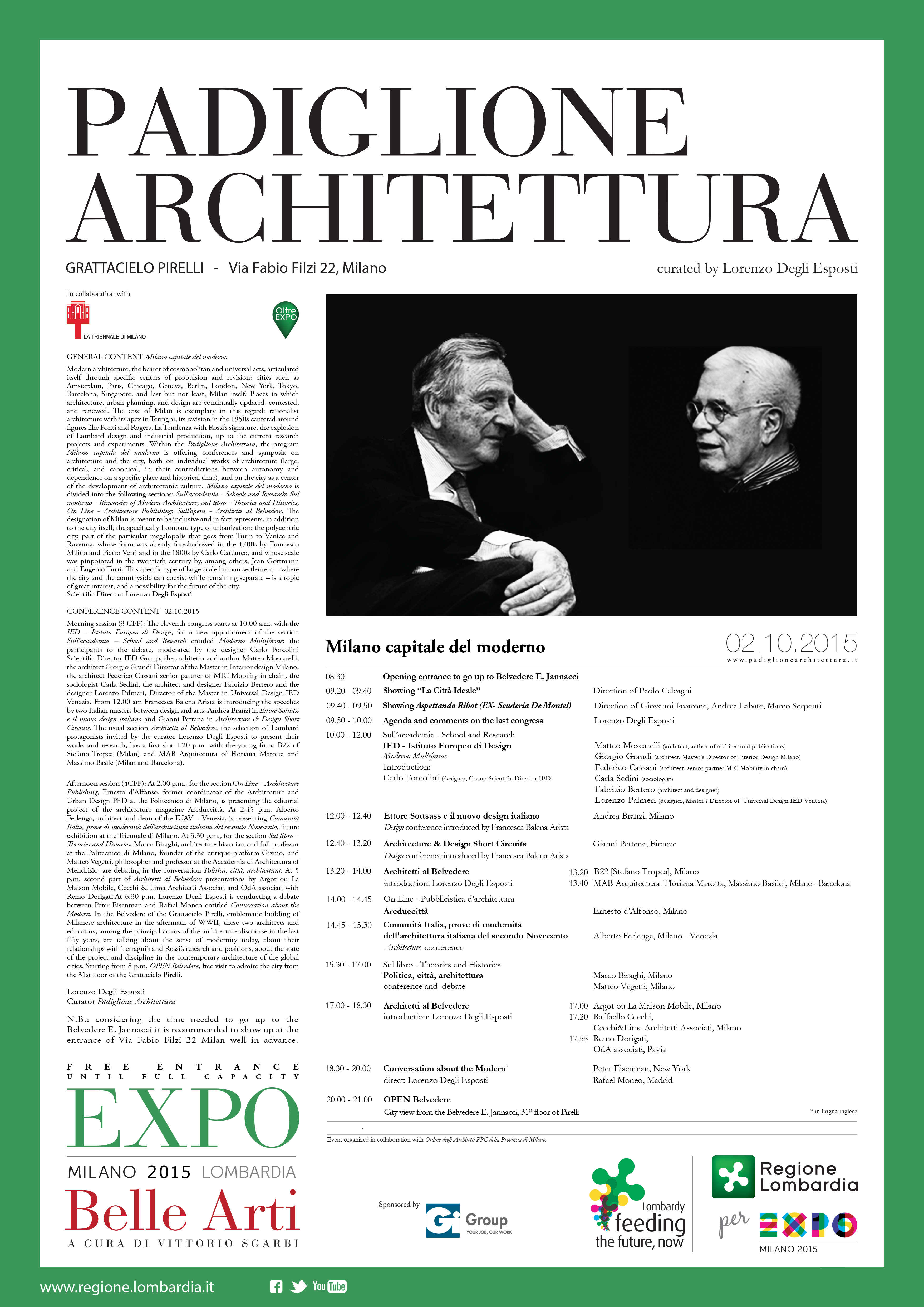 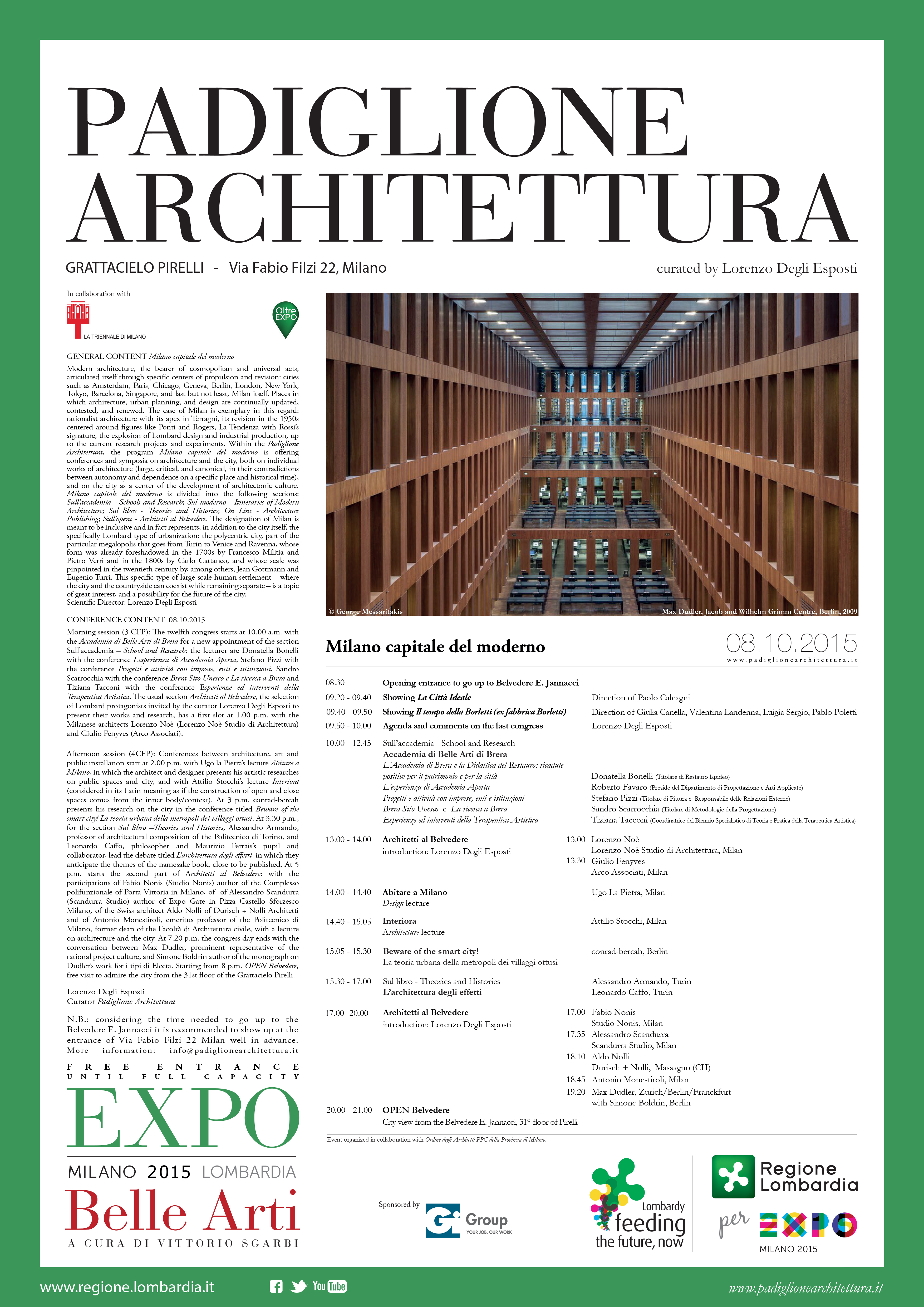 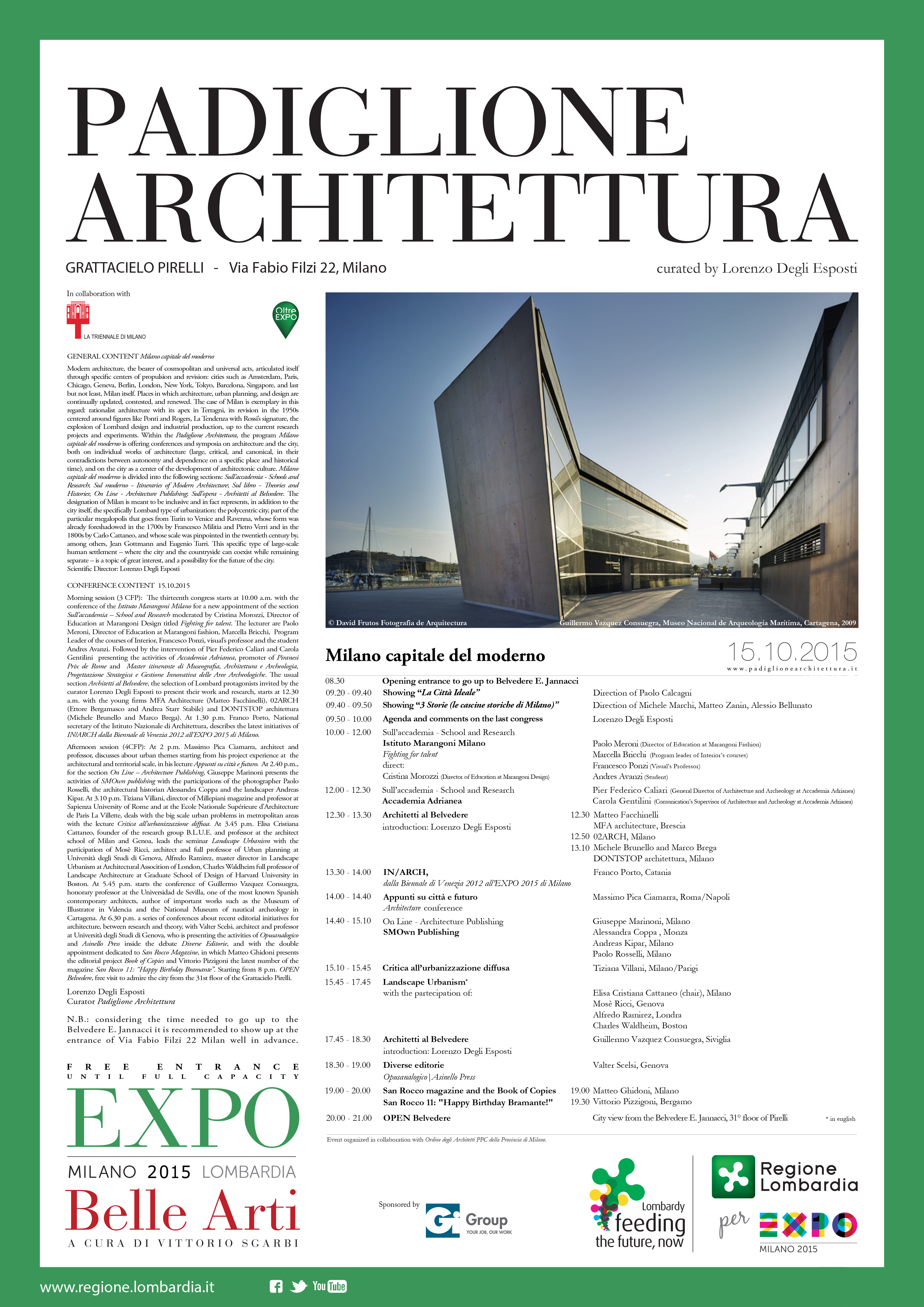 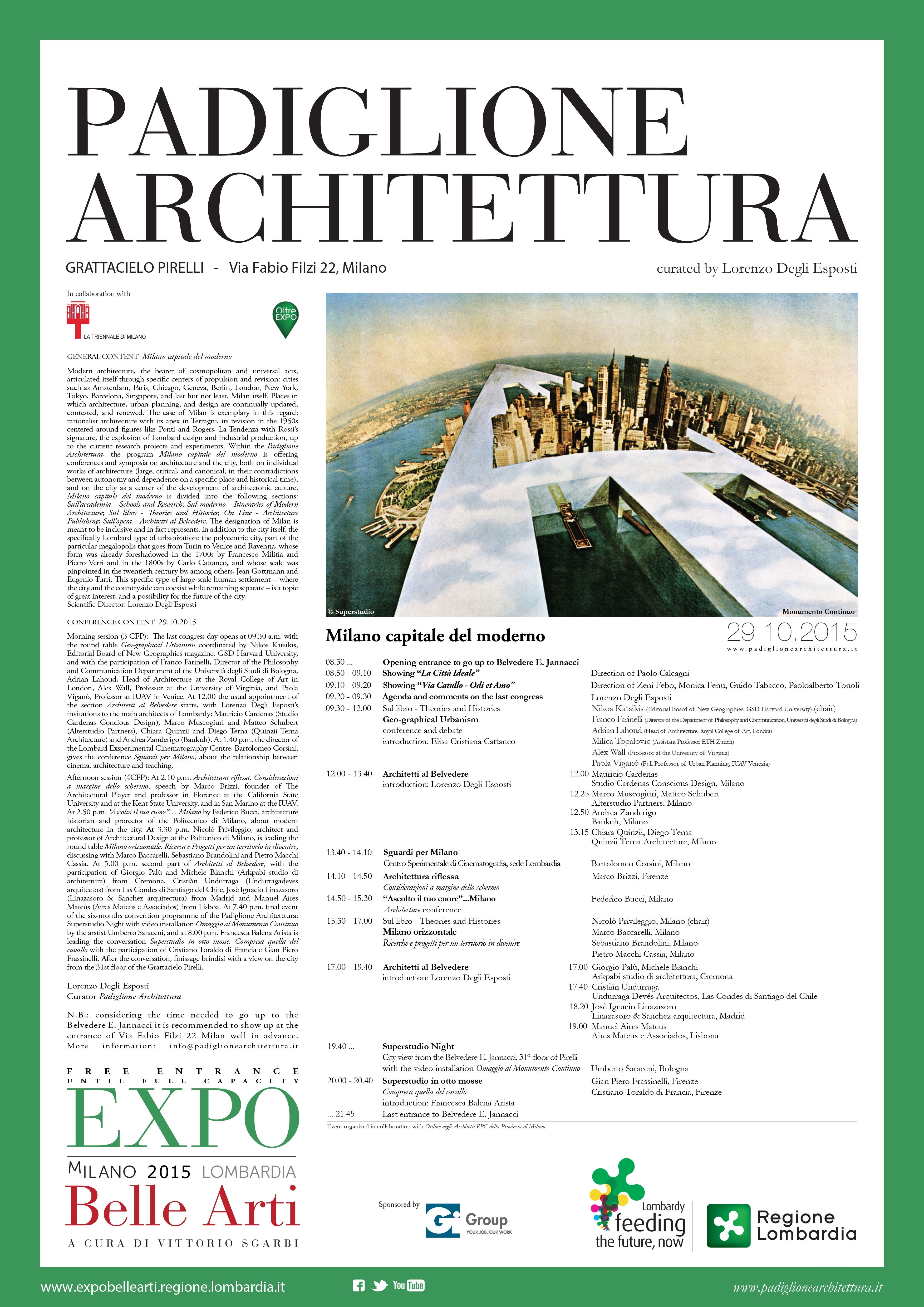 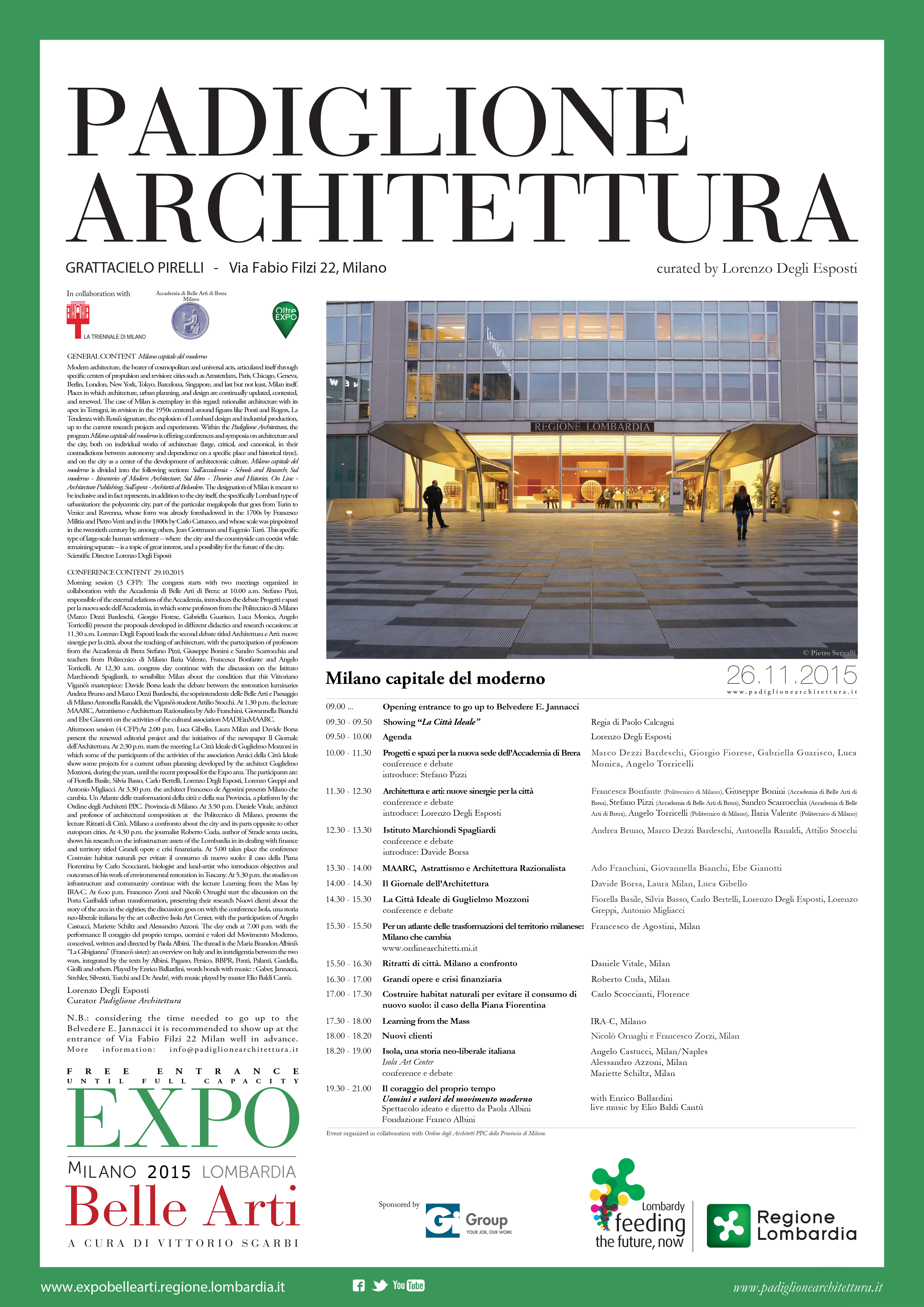